What is the Cat’s Claw?

Strengthen your immune defenses with the Cat’s Claw

The Amazonian medicinal plant, the cat’s claw, has many anti-inflammatory and anti-infectious virtues.

Cat’s claw, also called Uña de Gato, is a natural product originating from Peru and more precisely from the Amazon rainforest. This climbing vine has been used for thousands of years by Peruvians.

As a medicinal plant, we use its thorns and bark which, once dried, offer antioxidants with many benefits such as flavonoids which have a beneficial effect against the aging of the body but are also anti-inflammatory and anti-tumor. 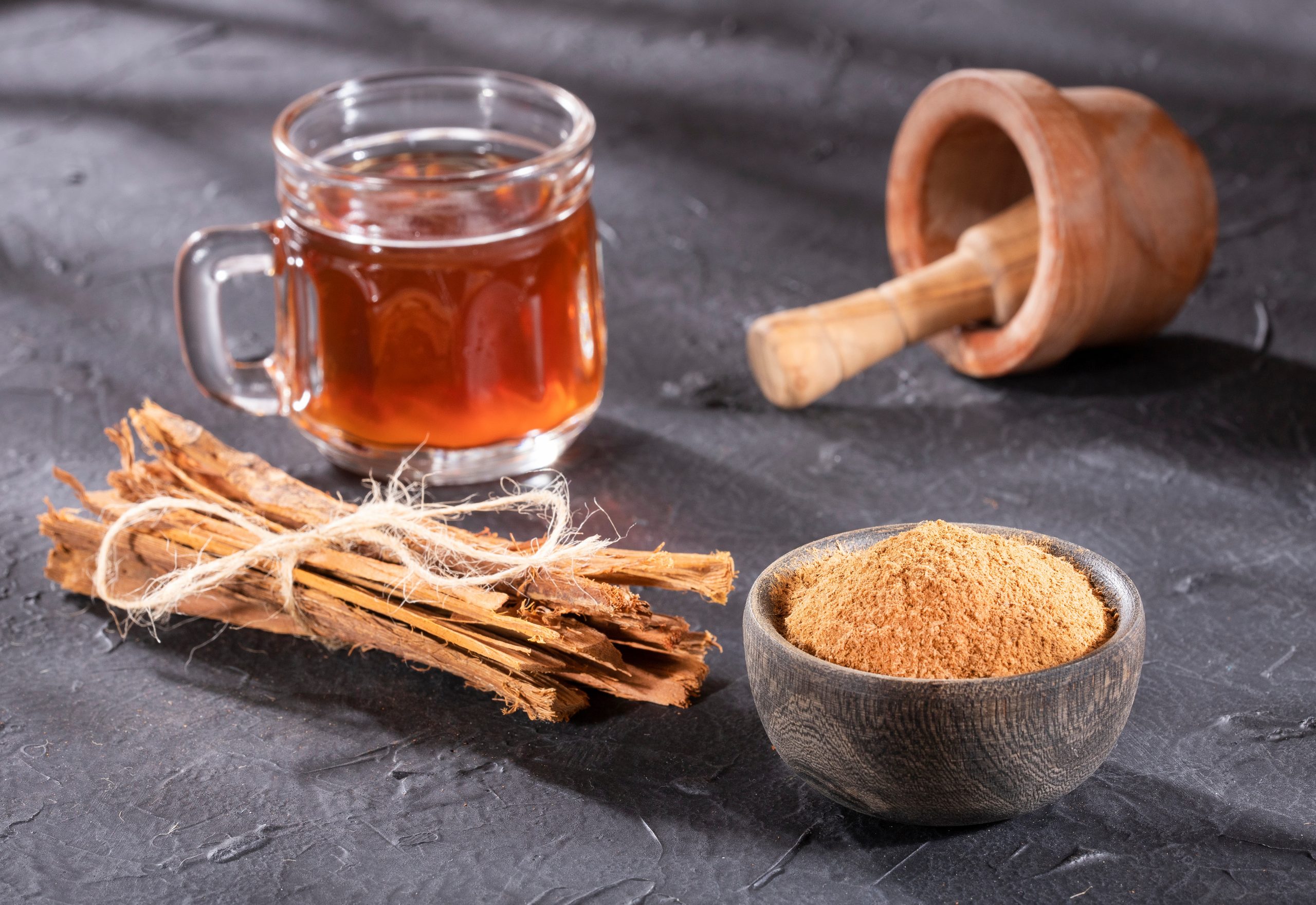 An essential tropical plant in the Amazon pharmacopoeia

The cat’s claw owes its special name to the shape of its spines. From its botanical name Uncaria tomentosa (or “Peruvian Liana”), the cat’s claw is native to South America. It grows in the Amazon at an altitude of over 800 metres where it is considered a sacred and medicinal plant. It can be more than 30 meters long.

It has been used by the shamans of the Peruvian Amazon for more than 2000 years to treat joint inflammations such as arthritis or rheumatism, but also against allergies or measles. It is also said to have an anti-cancer effect. Several scientific studies have focused on this liana and its effects on health.

Benefits of the Cat's Claw

Medicinal properties of the cat's claw

You want to know all about the cat’s claw?

The Amazonian medicinal plant, the cat’s claw or cat’s claw has many anti-inflammatory and anti-infectious virtues.

Subscribe to our newsletter to receive information about the cat’s claw and take advantage of business opportunities with our partners.

Are you curious about the cat's claw?

Coming from the same botanical family as quinine or caffeine, this rubiacea has surprising properties. It contains more than 30 phytochemical compounds including at least 17 alkaloids. Zoom on some of these active ingredients:

– Quinine: a natural alkaloid which would have a positive action against fever (antipyretic) and in the treatment of pain (analgesic). Quinine is nowadays used in the treatment against malaria in a very effective way.

– Sterols: lipid which would have an effective action on bad cholesterol.

– Alkaloids: they have a beneficial effect on the nervous and muscular system.

– Tannins: thanks to their antioxidant properties, they offer a formidable protection against cardiovascular disorders.

– Terpenes: they are antioxidant and cholesterol-lowering.

Several laboratory studies have proven the effectiveness of uña de gato. In 1994, its benefits were recognized by the World Health Organization (WHO) at the First International Conference on Uncaria Tomentosa. The scientific community then took a keen interest in this plant with its various properties.

A natural product rich in organic chemical compounds, its actions on health are numerous. Effective against arthritis, cat’s claw would also have a positive effect on intestinal and inflammatory diseases. It would also strengthen the immune system and fight flu-like conditions. Its use would increase the immune system by more than 50%. It is also prescribed to alleviate the side effects of chemotherapy and antiretroviral treatments.

Its astonishing properties make it a particularly rich product that can be used to treat many ailments. Cat’s claw can be used for example for the following pathologies:
– Rheumatic pain
– Joint pain
– Inflammatory diseases
– Respiratory diseases such as asthma, cough, or sinusitis.
– Cases of immunodeficiency related to HIV or AIDS
– Ulcers
– Tumours and other degenerative diseases
– Problems related to blood clotting
– Cases of hypertension
– Irregular menstrual cycles
– Cases of sexually transmitted infections such as gonorrhea
– Diabetes
– Healing of deep wounds
– Urinary and prostate disorders such as cystitis
– Intellectual and physical fatigue
– Illness-related fatigue and weakness
– Pain and stiffness, especially muscle cramps
– Crohn’s disease, other intestinal inflammations and digestive disorders
– Lyme disease

It would also have slimming properties recognized by the cosmetic industry.

Several clinical studies have revealed its incredible effectiveness on rheumatic and joint pain. Trials have been conducted on people with osteoarthritis of the knee or rheumatoid arthritis with very positive results. Taking 100 milligrams of cat’s claw significantly reduces joint pain from the first weeks.

The uña de gato therefore reduces stiffness and pain, especially in the case of simple age-related rheumatism, but also in the case of more serious ailments such as those associated with rheumatoid arthritis. In addition to alleviating pain, it would also be able to stimulate the regeneration of cartilage.

Amazonian tribes were already using the plant for cancer prevention. Fighting infections, the presence of flavonoids and alkaloids with antiviral properties stimulates the immune system and would have a beneficial anti-cancer effect.

It is the one who is at the origin of its discovery that highlighted its anti-tumour action. Arturo Bell, a German naturalist, recommends this plant, which he himself discovered in 1950, to a friend suffering from lung cancer. The man was cured in 1969 and when he died at the age of 91, no lesions were found on his lungs.

In his book Les plantes Medicinales, the herbalist Andrew Chevallier states that “the anti-tumour properties of cat’s claw make it a valuable adjuvant in the treatment of cancer”.

It would also be effective in reducing the side effects of cancer treatments such as radiotherapy and chemotherapy.

How to use Cat’s Claw?

Usage and mode of administration

To benefit from the surprising properties of this plant, several methods of use are recommended. Dosages vary according to the disorders to be treated. Always seek the advice of your doctor before taking any supplement.

– In decoction: Boil between 1 and 25 grams of powder in 250 millilitres of water for 5 to 10 minutes. Once cooled, filter the mixture and add cold water to fill a cup of this mixture. You can take up to three cups a day. Caution! The herbal tea must be ingested cold or lukewarm because of the tannins naturally present in the plant and can cause discomfort, especially intestinal discomfort. This blend is very bitter.

– In capsule: Take 250 milligrams to 1 gram 1 to 3 times a day thirty minutes before meals.

Cat’s Claw has few side effects. Mild intestinal disturbances may be noted. Nevertheless it is recommended to avoid ingestion of the plant in some cases.

– Child: It is advisable to avoid ingestion of Cat’s Claw in children under 3 years.

– Pregnancy and Breastfeeding: Often administered as a contraceptive in Peruvian Amazonian tribes, it is advisable for pregnant women to avoid cat’s claw. Similarly, in the absence of clinical studies on its toxicology, we recommend that breastfeeding women avoid its use.

– Blood pressure: Other plants belonging to the same botanical species as cat’s claw have a hypotensive activity. Despite the fact that these hypotensive substances are present in small quantities in Cat’s Claw, some precautions should be taken.

It is advisable to seek medical advice before taking any medication.

The Synergy of Cat’s Claw with other plants

Cat’s Claw can be used alone or in synergy with other active ingredients:

– The acerola : to boost the organism
– Nopal: to reinforce the detox effect
– Turmeric: to reinforce the anti-inflammatory and antioxidant action
– Ginger: to help relieve pain and inflammation
– eucalyptus: for a beneficial action on allergies and colds
– Maca: to strengthen endurance
– Ginseng: to reduce stress
– Spirulina: for a reinforced action on physical and moral fatigue. It is a good complement for high level sportsmen and women.
– Echinacea: to prevent respiratory infections

How to choose the right product

As for every food supplement, the organic label is highly recommended. It guarantees the purity of the product, its manufacturing, harvesting and marketing methods. These different criteria allow to have a 100% pure and natural plant, without chemical or synthetic additives. You should also favour fair trade products.
Be also attentive to the dosage of the product because it can vary. Some specialists recommend favouring products containing 3% alkaloids or 1.3% pentacyclic oxindoles per dose. 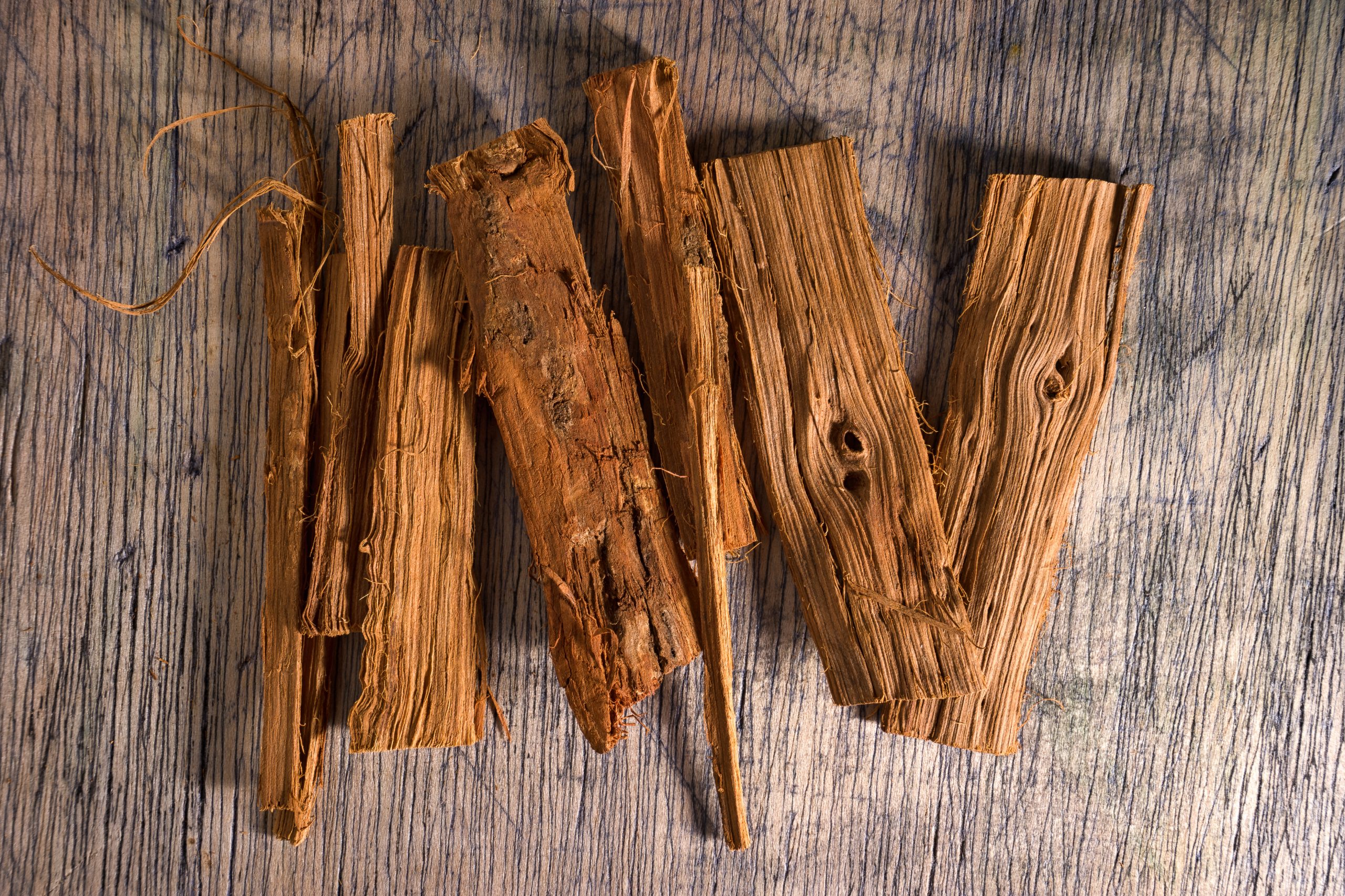